If one is good then 20 is ?, originally uploaded by bikes@vienna.

I did it again. Marin had a number of women's 15 inch bikes in the warehouse so I bought 20. This is the Bolinas Ridge which is a light (aluminum frame) mountain bike. I bought this model because it is perfect for moms riding with their families or fast growing young ladies. I've priced them at $285. If the reaction is like the one we had last year to a similiar model then they will sell briskly. Come see us

Posted by John Brunow at 2:18 PM No comments:

Signs To Help Find Us

Mira and Cyrus with Patty and Phil 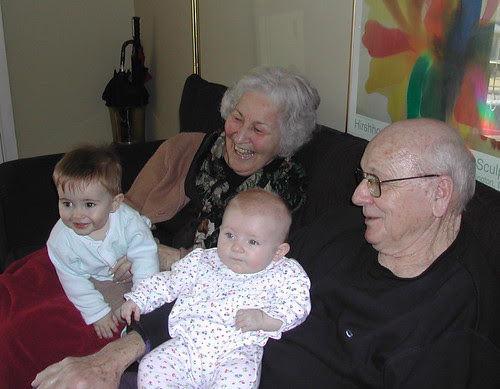 Last week we had a wonderful time introducing the new members of our family to their great grandparents. This photo shows Cyrus seated on my Mom's lap and Mira seated on my Dad's lap. We took everyone out to a cabin overlooking the Potomac River at Algonkian Regional park and enjoyed a couple of days holding babies, talking, doing puzzles, playing cards, and eating. As you might imagine we have hundreds of photos to help us remember.

Posted by John Brunow at 2:10 PM No comments:

We thought it might be interesting for our customers and friends to read about the various bikes that we ride/own. John is the lucky one, since he owns a shop full of bikes. We've noticed that he has a favorite, but he picks and chooses as the mood strikes. The rest of us own significantly fewer bikes than John, but most of us have more than one. Each bike serves a particular purpose; for commuting, touring, fast sport riding to name a few. In what we hope will be series of articles, I've started by writing about the bikes that I own and why.
Posted by Bruce Wright at 11:32 AM No comments:

Below is a list of rides to be held during the coming year. Most are within a short drive or long bike ride from our shop. Others are rides that we planned to join in other parts of the country. To find multi-day tours around the U.S., visit the National Bicycle Tour Director Association site, which allows you to search by region or date.

WABA auction: people at the annual soiree of the Washington Area Bicyclists’ Association 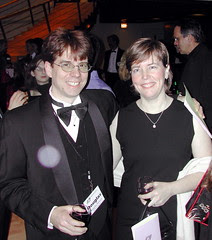 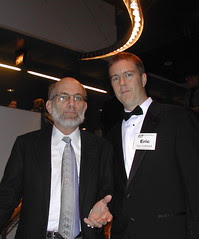 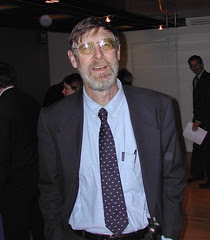 These photos are from the WABA Gala and Auction held last evening at the Embassy of Finland. I captured people in a bit dresser attire than I sometimes see them. The gentleman standing alone is Keith Oberg of Bikes For The World. Keith is like me, you're most likely to find him in jeans and flannel shirt. He regularly is wearing a ball cap. The two gentlemen are Harvey Sachs (left) who volunteers for WABA events such as the bike swaps and Eric Gilliland (right) who is the Executive Director. Both of them look very serious, but I would hope that Eric was smiling by the end of the evening. WABA put on a delightful event and given the weather; attendance was strong and I would guess the financial side was successful. The lovely couple are Douglas Stewart and his wife, Tamara Harvey. Douglas is a WABA Board Member and a sparkplug in Fairfax Advocates for Better Bicycling (FABB) which is affiliated with WABA.

bikes@vienna donated a Dahon Speed 7 to the auction. I was pleased with the large number of bids on the bike. I was tickled that it bought retail price to benefit WABA. The WABA Gala and Auction is typically held early in February. If you like bicycles, interesting surroundings, good food and drink, and intriguing auction items then you might like to join in next year.
Posted by John Brunow at 12:27 PM No comments: